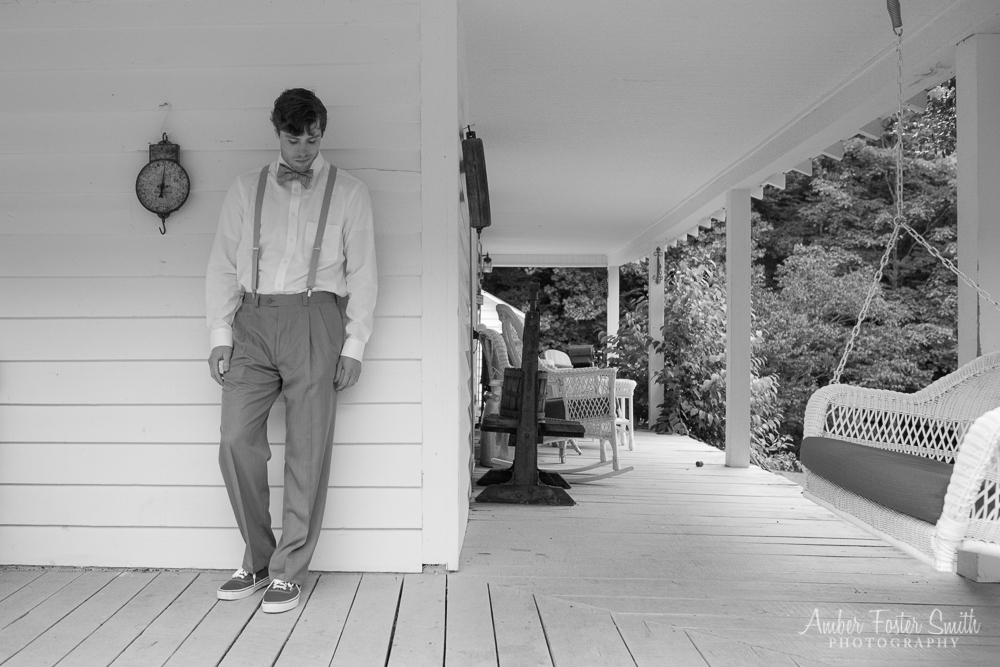 For many traditional couples the idea of a groom seeing his bride in her wedding dress before she walks down the isle is completely out of the question.  My husband and I didn’t see each other in the hours leading up to our wedding even though we were staying at the same beach house.  I’m completely guilty of making him sleep in another room! 🙂 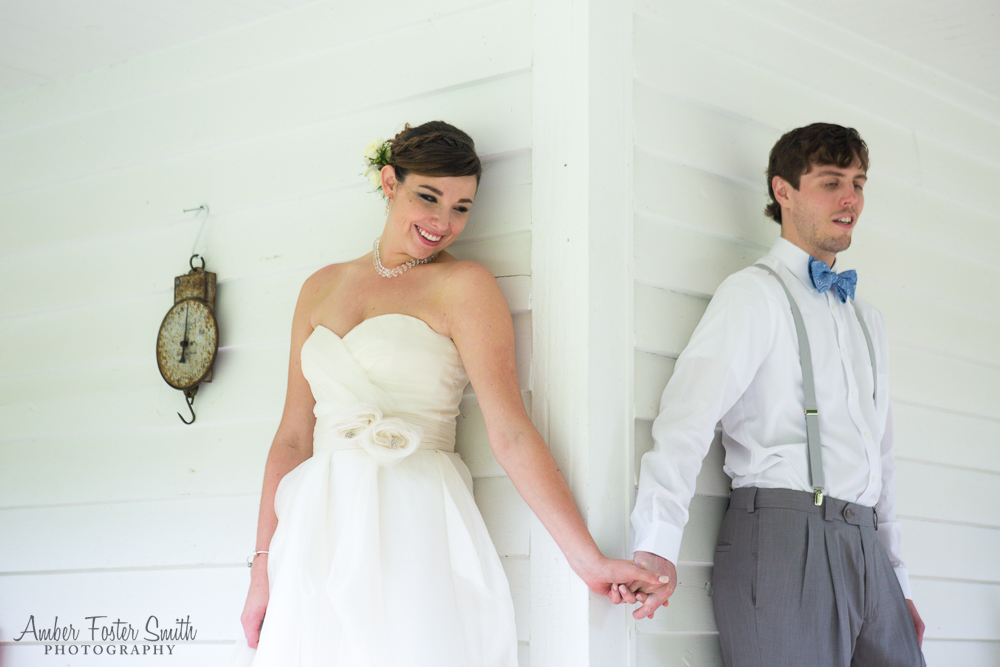 The tradition comes from the days when arranged marriages were customary and the couple weren’t allowed to see each other at all before the wedding.  This was because marriages were typically a business transaction and the bride’s father finalized the deal by giving away his daughter to the groom at the alter.  The first time a groom would see his bride was after her father lifted the veil as he gave her away.  It was thought that by waiting until the last possible moment the groom wouldn’t have a chance to back out if he found his new bride unattractive.  Unbelievably romantic huh?  I thought the same thing when I first learned of the tradition’s origins.  Many couples keep the tradition alive today in order to preserve the anticipation and surprise while other couples are throwing tradition aside and opting for a “First Look” before the ceremony. 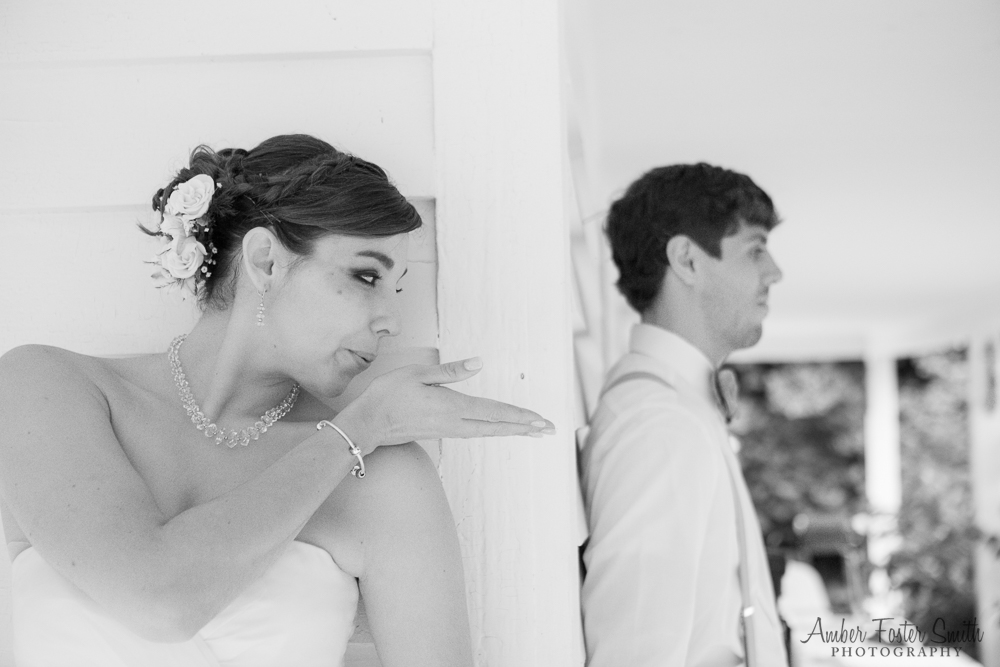 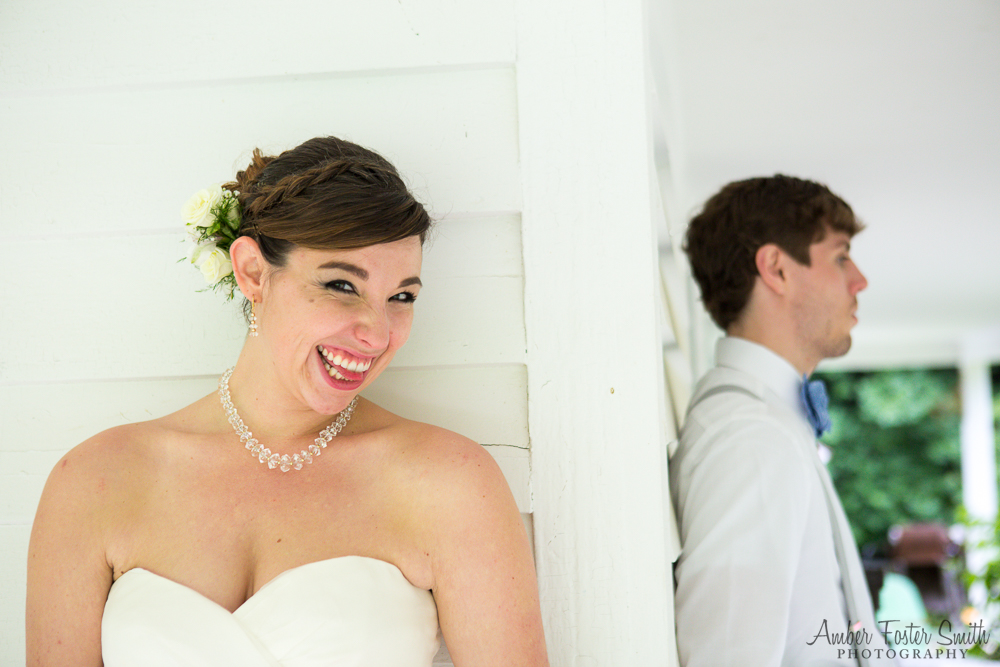 To some couples setting aside a few quiet moments together allows them slow down if only for a second and refocus on the most important part of their wedding day, each other.  Couples love the idea that those initial reactions filled with tears and excitement can be shared privately instead of in front of all of their guests.  Being invited to capture those moments when a bride and groom lay eyes on each other for the first time on their wedding day is a beautiful and emotional experience.  As a photographer I love first looks because they allow us to take more time to capture a relaxed couple before the ceremony instead of rushing to grab a handful of shots after formals and before the reception.  As an added bonus we can even grab a few formal shots with the bridal party which can give couples more time to enjoy cocktail hour with their guests. 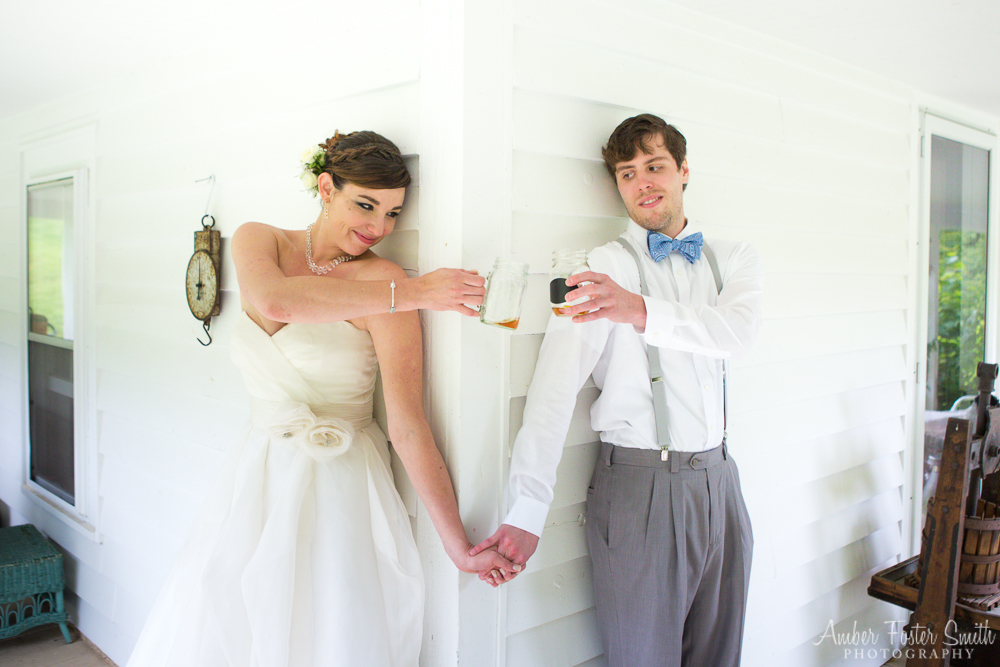 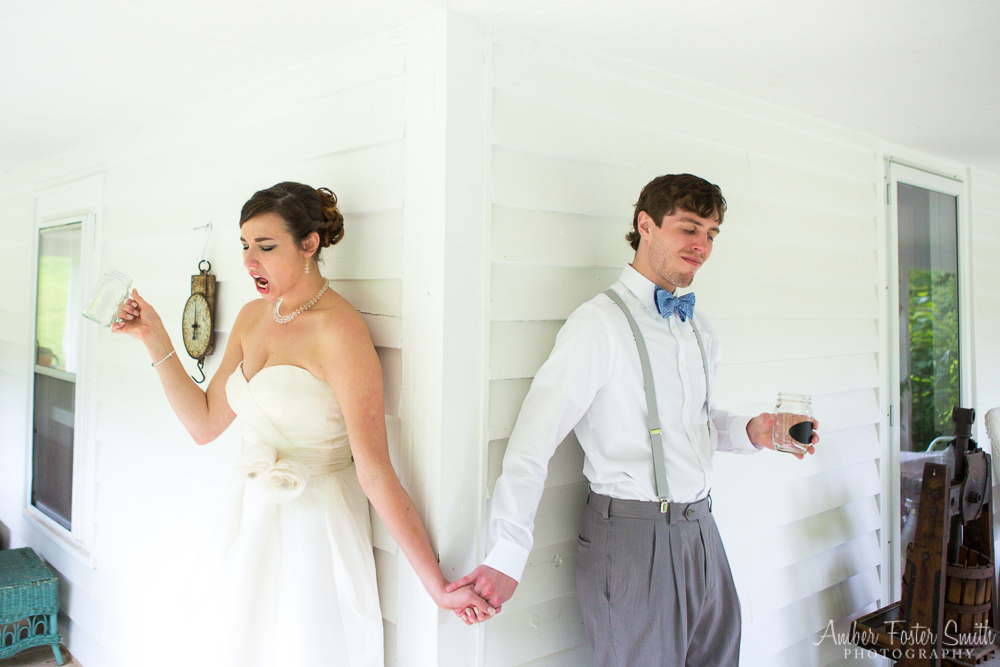 If I had to a chance to do my wedding all over again I would love to have a first look but I know my traditional husband would still rather wait to see me walk down the isle.  When Ashley and Ryan wed last summer they both knew they didn’t want to see each other so they opted for a twist with a No Look First Look.  Watching these two made my heart melt because you could immediately see the stress of the day fade away as they held hands around the corner and shared how much they loved each other.  They even shared a toast to the day all without ever laying eyes on each other. 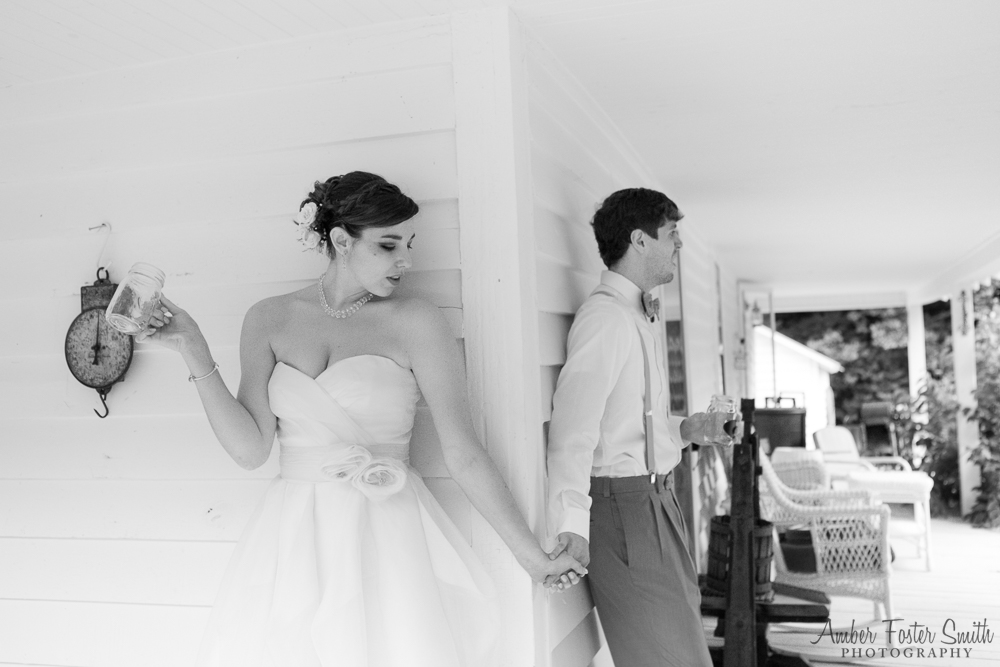 No matter which way your heart lies witnessing a groom lay eyes on his bride for the first time is a beautiful sight!

This site uses Akismet to reduce spam. Learn how your comment data is processed.